The Queue vs UTMB

It’s all to do with the training: you can do a lot if you’re properly trained.

The collective unconscious consists of the sum of the instincts and their correlates, the archetypes. Just as everybody possesses instincts, so he also possesses a stock of archetypal images.

Man needs difficulties; they are necessary for health. 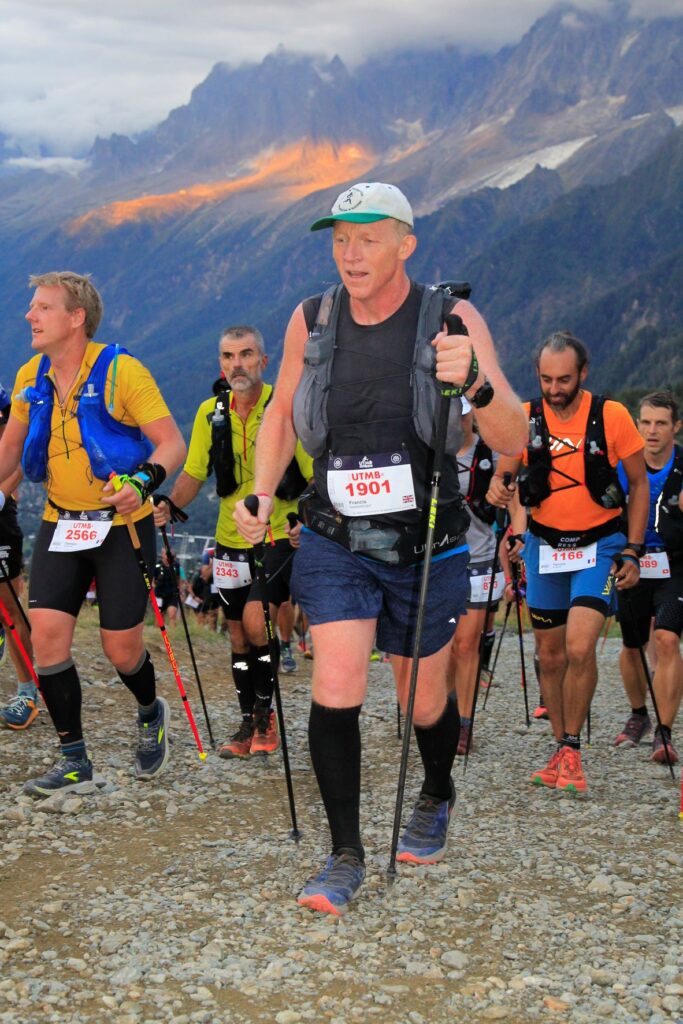 Forget the distance of five miles. We often say in ultras that time on the feet is what really counts, and The Queue at peak was a 12+ hour journey, rewarded with a brief but emotive ceremonial finish. My first ultra, Race to the Stones did almost exactly this, a 13hr history lesson along the Ridgeway, travelling in the footsteps of the Neolithic ancients, to finish in a hallowed circle where most of the cameras and attention are focused.

The Queue featured aid stations and portaloos, had a recommended kit list and ambulances to scoop up the DNFs. You needed to dig deep and build camaraderie to get to the end. On the plus side it was a scenic riverside point to point with many great landmarks and views.

As always with ultras, the most challenging time will have been the small hours. There was a tracker, and a wristband, and with the fully charged mobile phone your loved ones could stay in touch with your progress. Many who finished were overwhelmed with emotion.

The Queue was set up with a set of rules and regulations designed to help as many participants as possible live out their respectful dreams. Listen to the advice from supporters and volunteers, take it steadily, and you should make it to Westminster Hall. The zigzag switchback section just before the end proved daunting to some but it was the only technical section on the course. With the finish in sight most made it through those last hard yards.

The rules had a flipside too – rule breaking – causing some ill humour. As we know all too well, elite participants in any ultra are ill advised to show any sense of entitlement. Jumping should be frowned upon.

Like UTMB, The Queue’s compelling finale was enough to make participants feel revitalized. Seeing others complete the journey and sharing their finish line images, triggered FOMO leading to over-subscription for later waves. Those who started out too late failed to make the cut on Monday, but they masked their disappointment. Just getting to the start showed respect.

Participants finished feeling thankful to the event organisers and its marshals. Being grateful for the opportunity becomes a strained analogy for such a mournful ultra, but people did seem to leave Westminster feeling lucky to have had the chance to be a part of the event.

Like any sleep deprived exercise, some finish line euphoria is inevitable. Getting it done is going to be a relief, yet strangely tinged with sadness that the journey is over.

But only in a more typical ultra is it OK to swear ‘never again’ before wanting to start afresh after a few days.  And only in The Queue was it actually possible for some finishers to immediately start over. In fact, the very last finisher of The Queue was a second time completion, something that I felt watered down the achievement, ruining the sense of a last participant scrambling successfully to beat the cut.

UTMB was the closest I have been to a Queue type ultra. The event compelled me because of the route and the mountains, but also because I knew that I could take my place in the chorus line of history. I was there. And, unlike many ultras, the number of participants helps you to get to the end. You fall into step with the others around you a follow along in file. At the finish we processed into town from the mountain, content with our individual endurance and aware of our place as a part of the collective conscience, or the collective unconscious. Our grouped together conformity and ingrained acceptance of the ritual helped sustain the sense of meaning and purpose that we drew from the occasion.