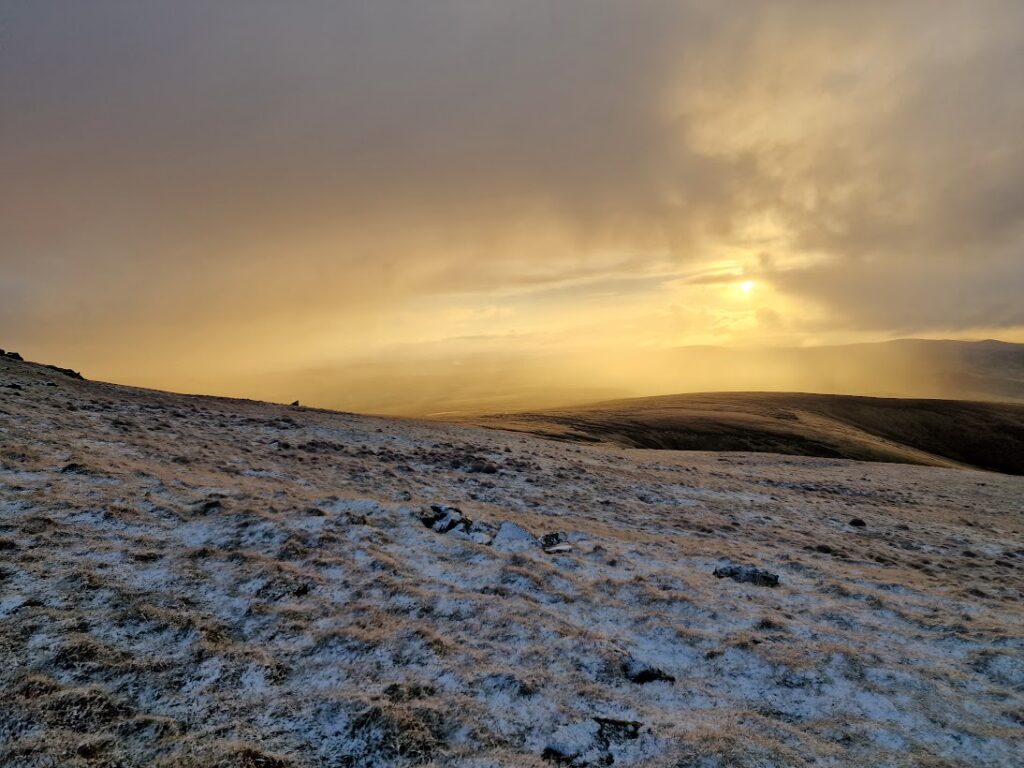 Is ultrarunning – and long hours of physical activity – good for your mental health?

Recently my friend Stewart gave a full account of a DNF at Copthorne 100, a very hard hilly race of 10×10 miles laps. It is a race with an extremely high attrition rate. At 50 miles Stewart wasn’t going so well. Injury, organization, fitness, and pace requirements had conspired against him. It was pouring with rain and a very chilly night was in prospect. Officially he missed the cut at this halfway point by 2hrs. But the race director allowed him to continue, so Stewart did.

Soon after setting out again, completion of the actual 100 miles was no longer an option. It was a deteriorating Stewart who plodded away from the temptations of his warm car and a bowl of finish line pasta. Nevertheless. back out he went, into the rain. Stewart then sleepwalked himself into a touch of delirium for 2 more laps, another 20 miles. In the last lap he managed to take 5.5hrs to walk the now familiar 10-mile circuit, first taking a wrong turn and getting lost, and then imagining another runner who would have been in the same lost predicament had she existed.

Stewart isn’t a man for excuses. He is drawn to self-examine. After Copthorne Stewart catalogued his failings on Strava, some of which, he noted, were organisational, and had started to derail his attempt even from before the race. Stewart logged his pre-event shoe run, in which he had to hurry to the car and back after finding himself at the start line in the wrong pair.

In a situation like this Stewart can look as forlorn as Eeyore, but that’s just the inevitable look of being tired and rain soused.  He seems to retain his sense of self-deprecating humor throughout.

In terms of pretension, he’s one of the least veneered people I have met. He knows that ultrarunning exposes his frailties and embraces marginal gains. He is refreshingly untroubled by ego, but he still uses ultrarunning to get over himself, incrementally.

Maybe he is on a personal journey to rid himself of egocentricity entirely? If so, he may well get there. Stewart has such a deep well of perseverance.

I hope he finds contentment on this journey and believe he does. 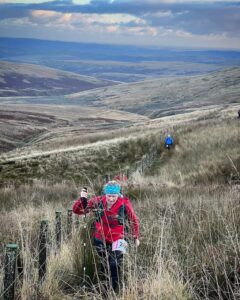 All physical effort for leisure switches on anxiety in balance with endorphins. But there must be a limit. This weekend I took on a limits-pusher, an event I thought I would most likely not enjoy, The Montane Cheviot Goat. The event came on my radar during COVID in 2020 as I was running a challenge series blighted by cancellations. Thought of as a minor classic, The Goat looked a good option. Due to its remoteness, it was accepting entry when others were not. I took the option. In the end, under tightening restrictive rules, it was yet one more 2020 event that didn’t happen.

The Goat combines 57 miles of running and hiking with 10,000ft of climb, self-navigation, cold snow top hills, boggy waterlogged terrain and very little actual trail or path. The terrain is what makes it extreme. The route often resembles a battleground, and the most challenging bit has to be negotiated in the dark (to which we added icefall flurries), which means you cannot scan ahead for a side route past the deep and forbidding brackish bogs and gullies.

The event race-brief has a litany of danger warnings. There are no roads or farm tracks near most of it, so the only way off with an injury is to limp or get in a survival bag and wait for Mountain Rescue to hike up to you with a stretcher. The Goat has two aid stations at 21 and 41 miles. Anything you are going to need between, you carry. 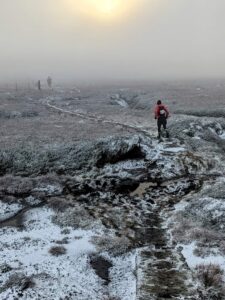 It took me 20hrs and 52 minutes to complete. Last autumn I ran Ultra Scotland. It’s the same distance, same elevation, same boggy terrain. Or so I thought, but the terrain was nothing like. Ultra Scotland took me 14 hours, and so I guessed at 17 for The Goat. The squelchy stuff of the Southern Upland Way was tough and slow going. But The Goat was something else with continual navigation adjustments required so as not to be buried in a stagnant snow-rimmed trench. 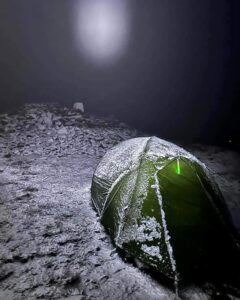 It had moments of sufferfest interspersed with moments of relief-inspired levity. My core was icy cold. I wanted to run, but the terrain and the dark made that seem so risky. Inevitably the more inviting, more runnable sheep trod was going the wrong way whilst the right direction was straight into a massive freezing hole.

Getting through the Goat required skill, obduracy, and camaraderie. My new name for this is an ‘obdurance’ race. Some of the doing of it was spectacular but much of it was just grim. Could this be in any way healthy, or was it just mental?

I’m not going to call it, but I’m writing this now, a few days later, still with nerve-numbed fingertips tapping these keys.  Survival can be a strongly positive sensation, clouding the actual memory. A hard ultra moves from never again to when again as the brain processes the whole experience.

I tend to feel that trail running is far better for mental health than road running. It largely does away with PB (personal best) chasing which can turn running into self-competitive obsession. Now I am aware that ultras have a PB slippery slope too, though its harder to define. The PB in ultras is pushing boundaries.

It is hard to say no to boundary pushing, as it helps our personal evolution. It can be very satisfying to say, ‘I can’t believe I just did that’. Those are the experiences that live long in the memory.

To what extent that’s good for you is a hard call. Like Stewart, these occasions make me know myself better, acknowledge my frailties and, hopefully, move beyond them.

To be mentally strong or just plain mental is probably down to perception. Certainly, in a world where so much is laid on for our comfort and convenience, the part of us that is wired for flight is underused. In that sense, when ultrarunning takes me away from lamplit Chippenham and its itinerant amenities, I feel more complete. 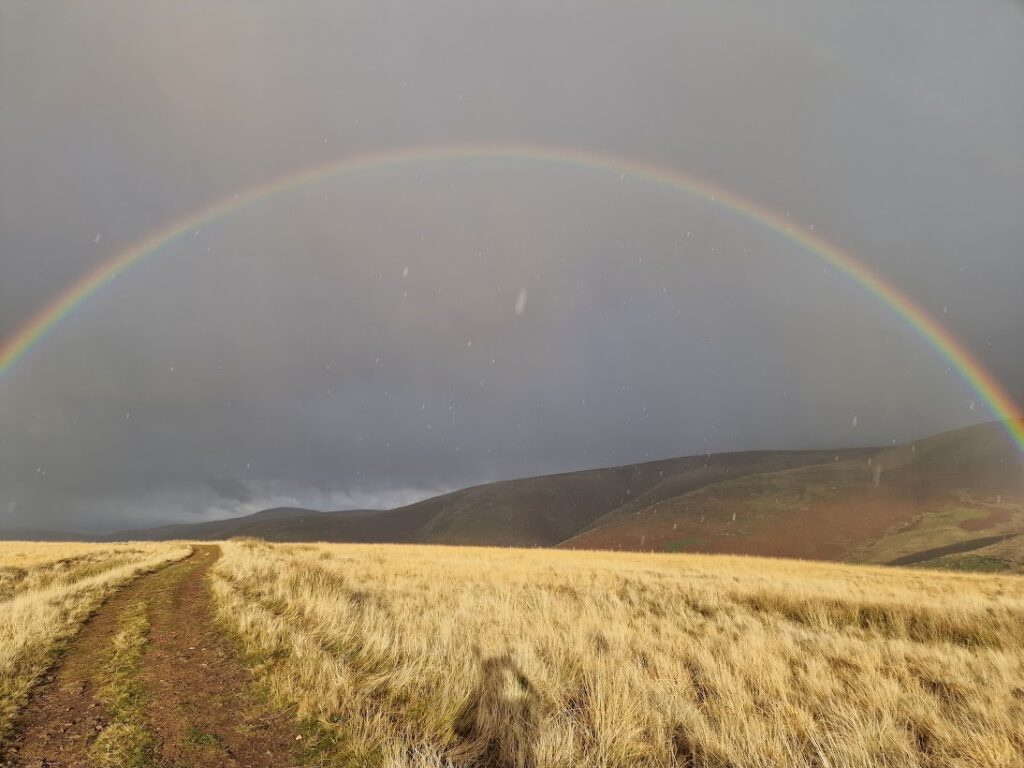