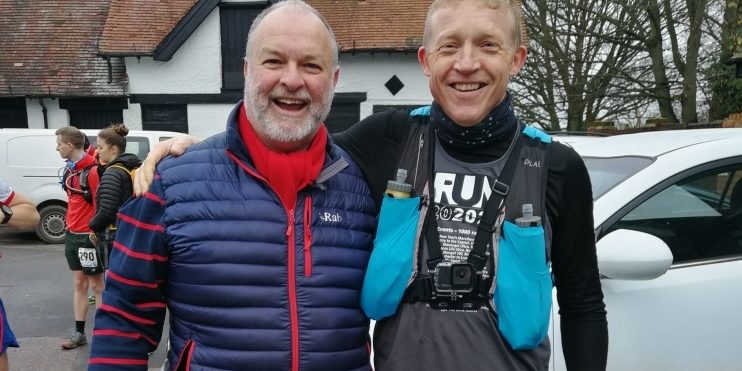 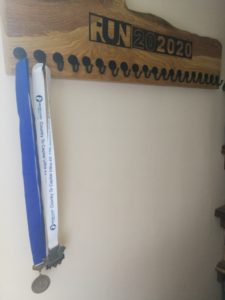 Race 2 is done, that’s a tenth of the year’s adventure  already over.

Country to the Capital, I now understand means more to the urban runner than the countrysiders. London is so very massive and a complex nation state in its own right. Busy Londoners can’t break free of it so easily as all that.

So, to get a train to Wendover and run home is culturally cohesive and cathartic all at once. For the outsider it can be satisfying too. Somewhere in our bones we are all traders seeking the way to the market, and here is proof that you can convey actual real mud into the smoky city on foot.

Country to the Capital appears at first to be a game of 2 halves, the hills that tag the Metropolitan line’s well-kept villages and then a corridor of endless canal, concrete bridges, battered factoryland, lock-up garages and urban junk. But there is a third part too, the last mile, when the urbane finally melts away and the sheer presence of the distinguished city is dialled up. You have not run into the city, you have become it, a platelet dot in a minor capillary. If, like me, you love mountains, it is still hard to go unmoved by the magnitude. It would probably be stretching an analogy to call this a sperm and egg race, with all the tiny runners desperately bustling in towards the same immeasurable nucleus, but if so, too late, I’ve just done it.

Here’s how I measured up in my quest to fertilise London, vs the clues I set out in ‘guess the time’ beforehand. 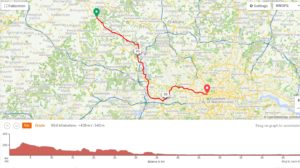 RACE 2, Country to the Capital,

a 45-mile ultramarathon from Wendover to Paddington on 11th January.

A reroute means that the race is now just over 43 miles. My 7.41.15 was definitely a par score, though muddy conditions possibly added about 10 minutes, so maybe better than par. My legs were very tired though after the marathon at New Year and also a recce of Liverpool to Manchester covering 50 miles the previous weekend!

2. That run had a slightly flatter profile. Country to the Capital has an uphill start for the first 3 miles, then heads downhill mostly to the halfway point. The second half is very flat.

The second half is also very tarmacked, and hard making my trail shoes, chosen for the muddy first half, a bit tricky to deal with. Sore feet now!

3. There are 5 aid stations. I will be carrying my own drinks and some food in my ultra-running vest, topping up at each aid station.

The aid stations were excellent. I was very impressed with the whole Go Beyond event team on the day. A really nice touch, the bag collect at the end knew who had finished from the electronics had the bags ready before you get to the desk

4. A classic on the calendar, C2C attracts a very high calibre field. The record for this event is yikes – 4hrs56 minutes. The cut off time is 11 hours – phew. To be in the top half last year I would have needed 7hrs 43mins 25 seconds.

This year’s winner was 5hrs15. So, congratulations to you Sage Pearce-Higgins of Thames Valley Runners. My time was well within top half, so the going was harder – adding about 10 minutes to the mid pack runners. Also, the first muddy bits slowed everyone up as runners stopped to pick their way through. This wouldn’t happen in a real offroader’s event.

5. It has been wetter this year than last underfoot, but the forecast for the day is a mild 9 degrees and cloudy – a little breezy, but otherwise that’s optimum.

The weather was, thankfully ideal.

I didn’t feel leggy until about mile 35. But I never felt springy as I do when perfectly prepared.

7. I will be full of breakfast. The run starts with this as a tradition, at the Shoulder of Mutton pub, Wendover.

It was too busy too either buy breakfast of enjoy the tradition of this. But I did have a decent continental breakfast at my hotel.

8. Whilst I may take some pictures, the run doesn’t look very promising for gobsmacking views. Minimal delay for this.

I played around with by action Apeman camera but there will be better days for clips.

9. I have no long races after this one until 7thFebruary (Manavgat Ultra), – just a hilly trail 10K.

I didn’t hold back. I delivered a trademark fast finish, inhaling loudly.

10. The race goes through commuterland – the natural habitat of the MAMIL. I am not planning on any Lycra so I may not fit in.

Barely a MAMIL seen all day. Plenty of boatfolk, but very few cyclists. 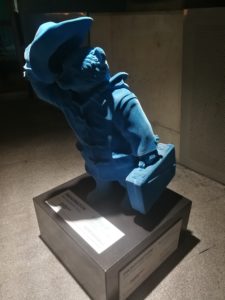 This race was also very good socially. I started off the day with #fieldmarketing industry friend David Louis seeing me set off at Wendover. The agency that David helps to steer, Field Sales Solutions is my FMBE Awards, Field Marketing Agency of the Year 2017 and 2019. At the end I met in a pub with London’s finest publican, Tom Helliwell of The Woodman in Highgate, the very pub where Run202020 plans to raise a glass in December, all being well. En route I met several interesting runners including Bad Boy Running Club’s Anna Brown and Andrea Hamlin. Bad Boy is the club that has grown out of the popular ultra podcast. Anna was treating C2C as prep for Marathon des Sables.

Race 3 is now on the horizon. Off to Turkey in February for Manavgat Ultra.