You are here:
Brand ActivationGeneralNews 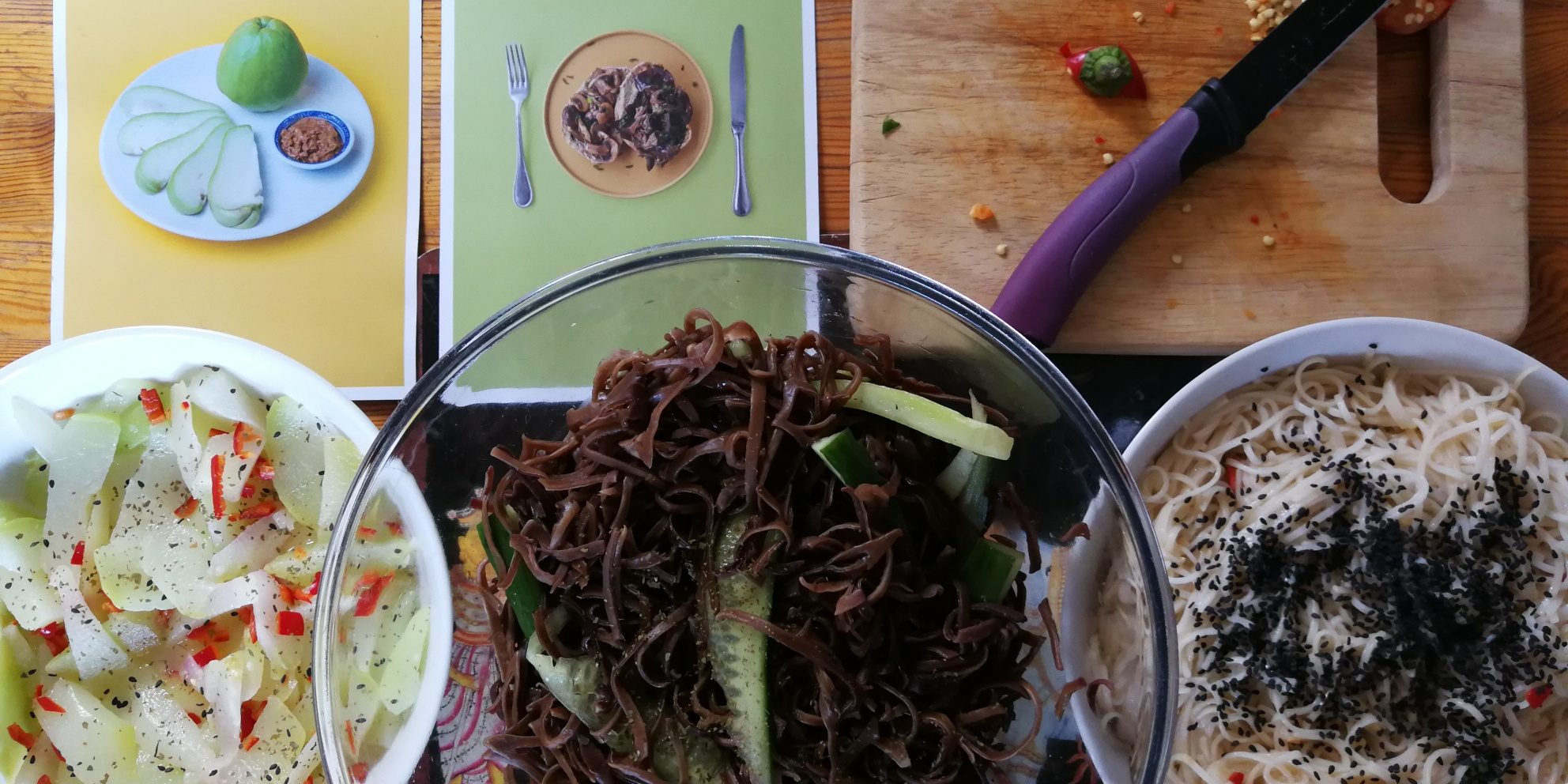 So I was a little delayed with this meal, but here is my Chinese New Year gift from Chinatown in London put to good use. Key exotics ingredients, Black Fungus and Chayote. Verdict: The crunchy fungus was a nicer texture than thought, but the recipe needed spicing up. The Chayote, billed as somewhere between a potato and a cucumber was more like a cucumber and a pear. It was pleasing. Next to these I added Singapore noodles with red chilli, garlic and ginger, soured and salted with soy and rice vinegar and textured with black sesame seeds. Also pleasing.

Ingredients/Recipe of the Sichuan Black Fungus, 350g of dried black fungus, half a cucumber, 20ml soy, 20ml rice vinegar, two teaspoons of sugar, coriander. Soak, cook and then chill the fungus, Chop and add the cucumber, marinade for an hour, garnish before serving.