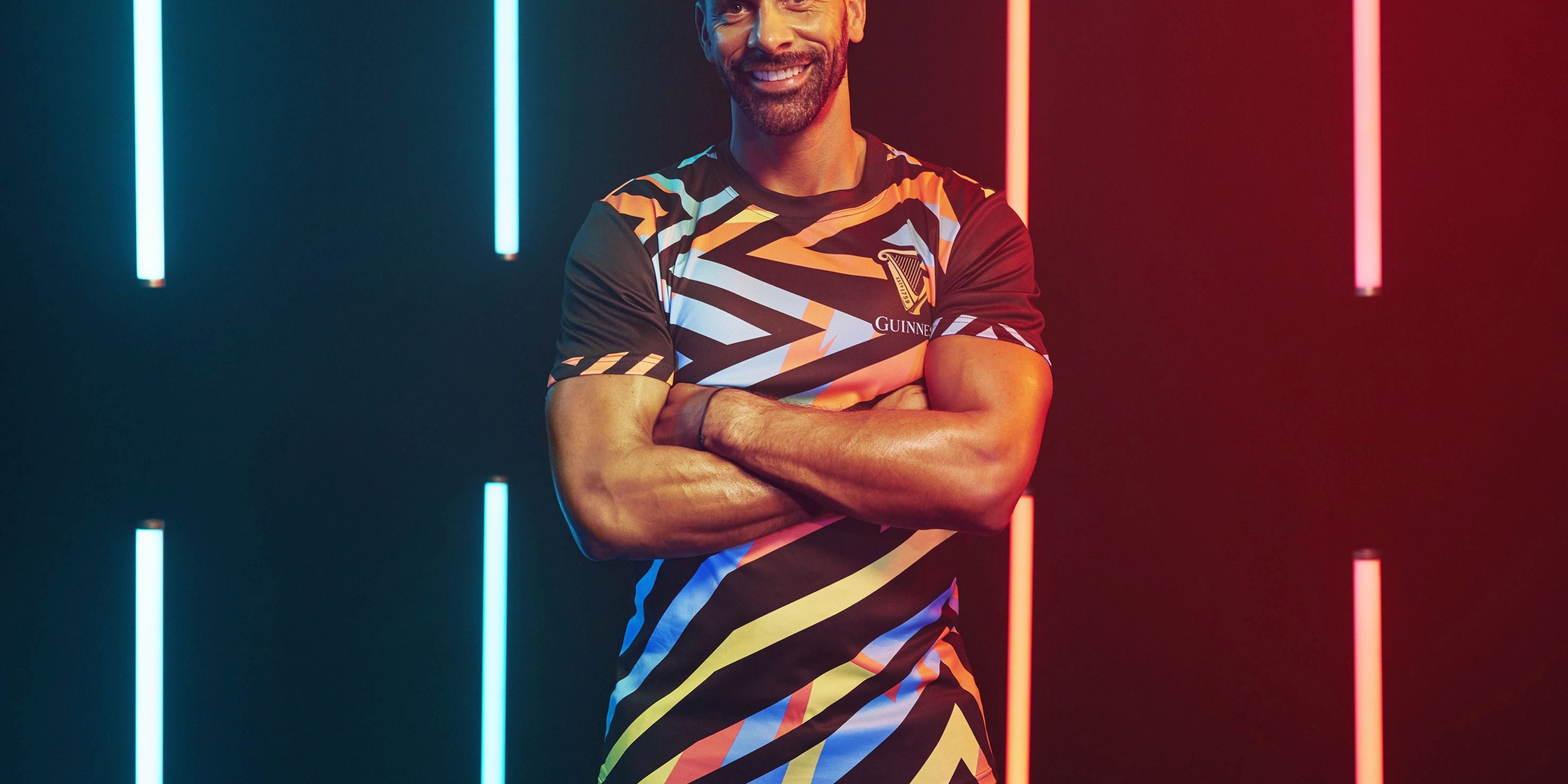 Guinness has teamed up with sports legend Rio Ferdinand for a new, Pan-African partnership.

Guinness Night Football, taking place later this month in Lagos, is the culmination of Guinness and HeyHuman’s campaign across the continent thus far. Two hand-picked five-a-side teams, comprising consumers and African music celebrities, will play the beautiful game in the dark, covered in fluorescent neon lights, in an aircraft hangar – all compèred by Ferdinand.

Continuing to drive brand association between Guinness and football while also bolstering Africa’s 18 to 34 year-old drinkers’ affinity for the premium beer, Guinness Night Football is a visually stunning smorgasbord of activity that aims to drive participation and consumption at scale.

Its neon theme runs across the entire event and provides an illuminating backdrop for activities such as tattoo stalls, 4D cinema, immersive visual displays, a keepie-uppie challenge and two-touch challenge – both of which will see Ferdinand take part.

Nigerian singer Davido will headline musical proceedings. Also performing and participating in activities are Salatiel from Cameroon, Bebe Cool from Uganda and the group Sauti Sol from Kenya.

Consumers in the five-a-side teams were selected from previous, local Guinness Night Football events across Africa, which popped up in unexpected locations such as side-streets, bars and parks.

Shnoosee Bailey, managing partner and executive creative director at HeyHuman, said: “We’ve worked with Guinness over the years to establish this legendary beer as a popular choice for 18 to 34 year-olds across the continent. It’s a dark beer but it’s bursting with character and colour – Guinness Night Football is the perfect representation of that, bringing an unexpected twist to football and appealing to fans, players and drinkers.

Having Rio Ferdinand on board is one of the biggest endorsements we could get – it shows that the link between Guinness and football is authentic and credible beyond doubt. This event is going to be one for the books – Guinness Night Football’s unexpected activations are more engaging, exciting and emotionally charged than any other African football viewing experience. It provides an unparalleled, socially shareable event that once again embeds Guinness within Africa’s cultural tapestry.”