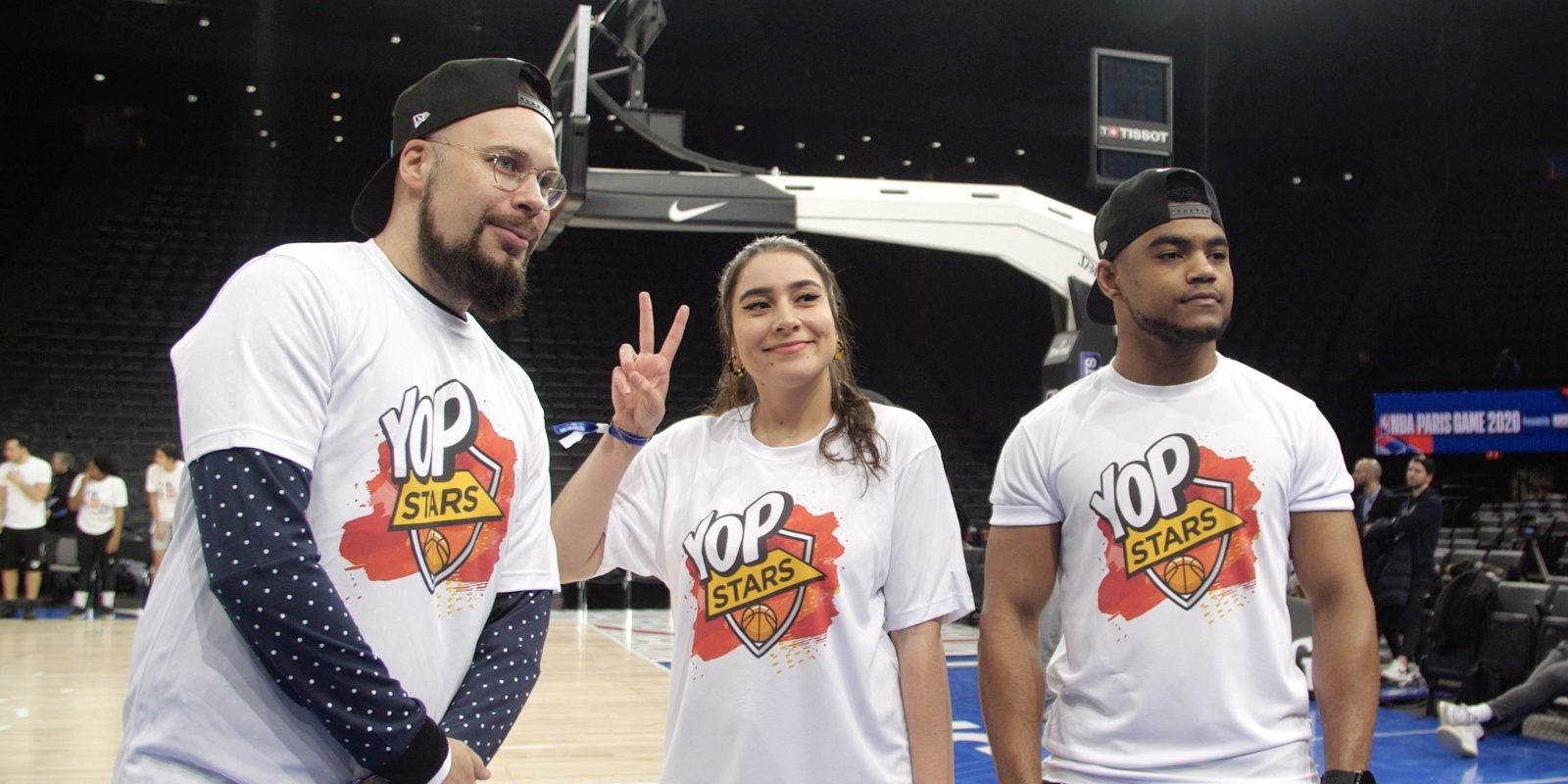 General Mills-owned Yoplait has signed up as Official Yogurt of The NBA Paris Game 2020 Presented by beIN SPORTS for their much-loved drinkable yoghurt brand YOP – creating a ‘YOPStars’ activation developed by London-based creative agency Space. France’s first regular-season NBA game, which will be played in front of a sold-out crowd, will feature the Charlotte Hornets and the Milwaukee Bucks with 2019 NBA MVP Giannis Antetokounmpo at the AccorHotels Arena in Paris on Friday 24 January.

Space partnered with Yoplait, identifying the opportunity for YOP tie in with the NBA to champion its mission of celebrating positive change among its core teen audience. The activation encourages youngsters to try new skills and take on new challenges by offering 30 places to YOP’s exclusive clinic teaching fundamental basketball and team-building skills. The sessions will be led by an NBA professional coaching team at NBA House, the NBA’s official interactive, free fan experience around The NBA Paris Game 2020.

A team of key French lifestyle influencers have been recruited by YOP to generate word-of-mouth by running a competition on their social media platforms, offering places to fans and followers at the YOPStars Clinic. The YOP influencer squad will also attend an exclusive VIP partner clinic on court at the AccorHotels Arena to be inspired on aspects such as fundamental skills and motivation.

In addition, the campaign will feature a social media competition, as well as an experiential activation at The NBA Paris Game: offering people a chance to win tickets to the NBA House clinic by completing a skills-based challenge in record time. The most skilled eight players of those 30 winners will be chosen to participate in an exclusive ‘YOPStars’ 3×3 game in front of a live audience of fans at NBA House, as part of a digital content series to be shared across both YOP’s and the NBA’s social channels.

Arjoon Bose, General Mills comments: “The YOP brand is about creating positive change and inspiration among teenagers. We see a very strong foundational correlation between our brand fans and that of the NBA given how rooted in popular culture and followed this global basketball league is in France. Being able to deliver a brand experience for a brand like Yop that is loved by teens with a platform like the NBA that inspires teens was the perfect springboard and what better way to be inspired than to have the chance to learn skills and put them to the test in front of a live crowd and follow their passion?

David Atkinson, Managing Partner at Space said ‘’This YOP x NBA project is designed to open the doors of the NBA to French teens from all walks of life, to inspire and motivate them to imagine making positive change.  Not just a sport, but also a cultural force for good, the NBA’s first regular season game in France will be a remarkable opportunity for YOP to associate with this moment of significance in empowering our audience to go beyond their own expectations”